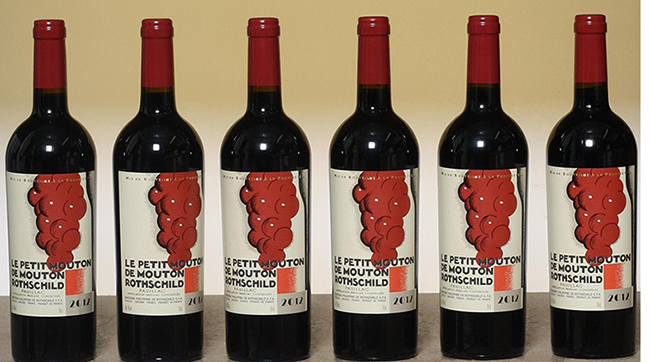 We have written several times over the past year about the Second Wines and their outperformance against the First Growths, and Liv-ex published an insight this week talking further about it. The simple fact is that whereas ten years or so ago a First Growth cost 5-6 times the price of its relative Second Wine, the ratio on average has now halved, with Petit Mouton performing so well in price terms that you only get 1.9 bottles for the cost of a bottle of Mouton Rothschild.

This has given rise to the seemingly facile question: “what would you rather have, a bottle of MR or 2 bottles of PM?” Anyone who knows anything about fine wine will greet the question with incredulity, but to understand why it is important to consider why someone might want to drink a First Growth on the first place.

Traditionally a First Growth was as glorious an expression of the fine wine consumption experience as it was possible to find. In recent years the argument has emerged that a taste of a top Burgundy, a trophy Pomerol like Petrus, or a cult wine from the US like Screaming Eagle, being even more scarce, have supplanted the First Growths; nevertheless few wine aficionados will turn their nose up at a nice Lafite. It remains a special occasion drink.

And when might you drink a Second Wine? Actually, a more apposite question might be: “who might drink a Second Wine?” At this price point it is really difficult to imagine why anyone who knows much about fine wine would choose a Petit Mouton over a Ducru Beaucaillou, Montrose or Leoville Las Cases, in fact over many of the Super Seconds. It is quite difficult to write a sentence like that without sounding patronising so apologies to anyone feeling patronised at this point!

The fact is that although production techniques have improved considerably in recent years, and a Second Wine will share with its First Growth the same terroir, vineyard and winemaker, it still receives the short end of the wedge in terms of optimal plots, grapes, barrels, attention, age of vines, and so on. A Second Wine shares certain characteristics with its First Growth but there the resemblance ends.

Compare and contrast with an experienced Super Second operating nearby whose attention is solely focussed on making the very best wine it can. Actually, you can’t really compare.

And yet the price of the Second wines is higher than most Super Seconds! How can this be? We are on record in previous despatches as believing that it results from the changed nature of the buyer. Again we acknowledge that we at risk of losing friends here because by definition where this argument leads seems pejorative of China, but undeniably it is this recently enlarged market place that is responsible for many of the price distortions we see in this space.

You cannot have any awareness of the concept of “face” in the Chinese context without realising that throughout time it has had an impact on pricing in the world of luxury goods. By extension the suggestion, perfectly valid in our view, that the top name in association with the lower price point (i.e. Carruades de Lafite over Lafite), makes the cheaper alternative seem like a bargain. Under these circumstances only someone very familiar with the taste of the Lafite would demur.

So, paraphrasing “A Question of Sport”, what happens next? Well, first things first: a Second wine cannot cost more than its First Growth. Under any circumstances. Period. Secondly, it strikes us that there is a danger of becoming obsessed with the price differential, which is not necessarily helpful. Price relationships are all very well but if market dynamics change, as they clearly have over the last 10 years, then we would argue there is no meaningful mean to revert to.

If it is true that Chinese “new” buying has boosted the price of Second Wines, for the reason referred to above, then we don’t see why prices should soften to any meaningful degree. As palates sophisticate and consumers move up the drink chain there is no reason why in the Chinese economic context they should not be replaced at the bottom by new arrivals.

What this means of course is that demand for First Growths rises again, which may have a consequence on the price differential, but it may not. The point is that the differential is not the thing to watch for. It is a consequence of price movements, not a cause, if you like. All of which for a fine wine investor prompts the question: “que faire?”

We at Amphora would not be charging out buying Second Wines right now, (there are still a few exceptions of course). We aren’t particularly concerned about an imminent drop in prices, but we believe performance from here is dependent on the whole market rising, and in that event there are better bargains out there than Second Wines. As it happens a lot of those bargains are First Growths? 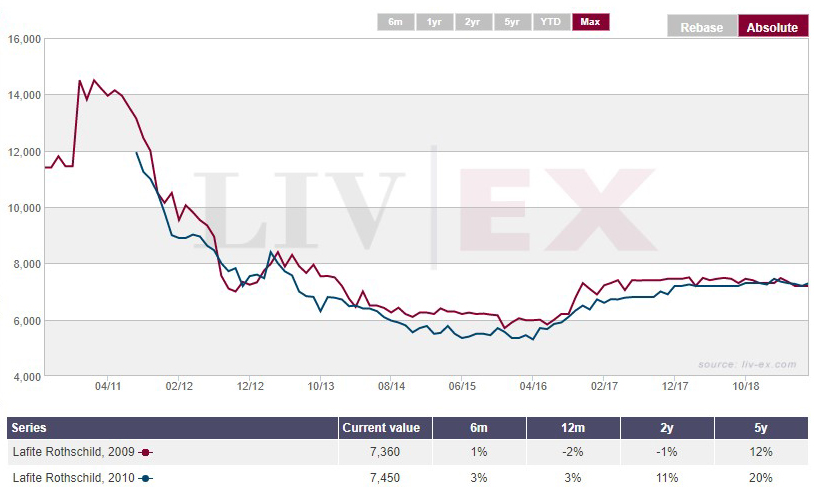 We don’t argue that they were priced correctly at en primeur, but we do believe our algorithmic conclusions, which in respect of Lafite seem perfectly unequivocal: 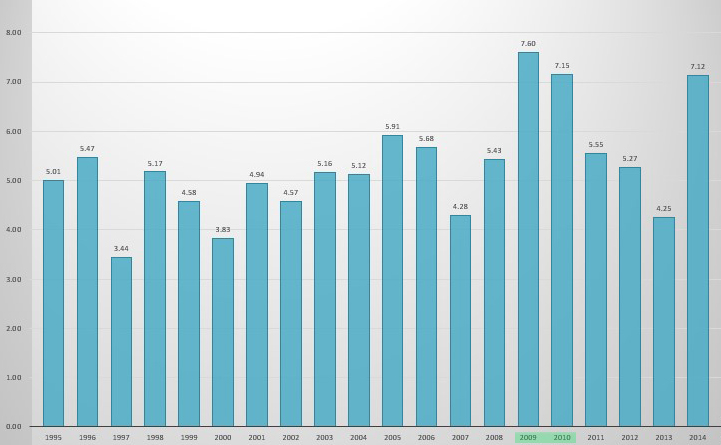