What a delightfully refreshing interview with Bill Harlan the Liv-ex published over the last couple of weeks. A producer who understands the importance of the secondary market! Not only that, he also acknowledges that he has no control over it and believes it adds transparency to the market place. Now if only everyone thought that way we might not get such haphazard pricing at en primeur time.

His is an interesting case study actually. When you see people like that it is often easy to gloss over what he went through before finding his pedestal. Year after year of money going out and nothing coming back in must try the patience of Job, not to mention your bank manager, but he stuck to his guns and is now reaping the rewards. We at Amphora think it is analogous to investing in the fine wine market. No-one should look at it as a get-rich-quick process, but it is quite hard to imagine ending up skint.

Harlan Estate produces between 1,800 and 2,000 cases per annum, rather more than its secondary market might suggest. That is even more than L’Eglise Clinet, for example. The problem is, most of it goes to “subscribers”, customers many of whom will have been on the list from the word go. About 30% goes to the “trade” via a set of key distributors whose task is to make sure it hits restaurant lists globally. Anyone ever seen one?

So, if investing in Harlan is a bit like a top Burgundy, why are we bothering with the column inches? The reason is bound up with a question we are often asked: “what might be the next big thing?” We tend to respond with a kind of pat answer advising against spending too much time on what is often a fool’s errand, but it doesn’t stop the question coming. So here’s an answer: “Promontory.”

The complete Harlan estate subdivides into Harlan itself, and Bond, both of which are effectively gobbled up by subscribers, but as of this year the third offering, Promontory, hit La Place for the first time. It is quite difficult to say with any confidence whether this will increase visibility although logic suggests it might well do, and if so marketability might be somewhat better than is the case with Harlan.

Clearly we are in the realms of higher risk here, but at least we don’t know that there is NO secondary market yet. That may seem topsy-turvy reasoning but we think you shouldn’t invest in a situation where you know there is no secondary market, hoping that at some point it might evolve. In the case of Promontory you might set aside a small amount on the basis that it might bask in the slipstream of an ever-rising well-established sibling. Up to you. 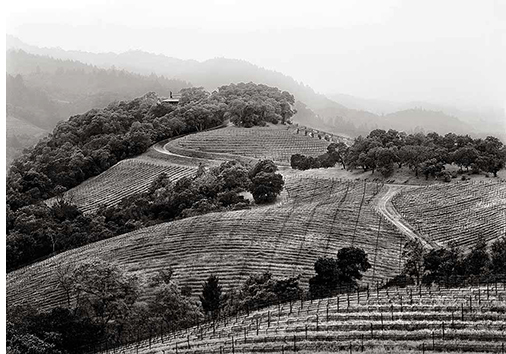 Meanwhile various Directors of Amphora have been in foreign parts of late, and the soundings from China are particularly positive. When we are asked about the longer term outlook for fine wine prices it is more appropriate, we believe, to focus on the demand side rather than the supply side, because supply in the greater part of the market place is fixed. There is no equivalent of a quantitative easing event whereby the market suddenly gets inundated with offers.

To clarify that statement briefly, producers in the Old World are bound by statute as to how much they can produce. Penfolds Grange, by contrast, is in theory unconstrained, and the wineries of Napa Valley could develop more land but as we know from Bill Harlan that doesn’t happen overnight.

To all intents and purposes the only supply issues are such as occur through miss-pricings at en primeur time when the drawdown at the offered price is very low. By definition the rest is still to come out at some point, but as we have seen in the recent performance of 20011s, 2012s and 2013s, good examples of this precise situation, you can still make very good returns provided your awareness and timing is right.

The demand side of the equation is a different matter entirely. Demand as we know from recent events can be affected short term by currency moves, and over the longer term can either disappear entirely, increase exponentially, or hover somewhere within that spectrum.

We happen to believe that there is an upward curve medium to long term in demand for fine wine and one of the reasons is our regular soundings from trips to Asia and the Far East. Every time we visit we are introduced to new waves of potential consumers and investors, and on the most recent trip we hosted a blind tasting where the interest in fine wine as an investment was in direct disproportion to the enjoyment of the wine. (They didn’t like the wine!)

Typically here in the UK investors and collectors will have an interest, indeed possibly a passion for fine wine. Tastes evolve, obviously, and as we know over a period between around 2003 and 2010 many Chinese consumers went from disinterested to fervent so fast that they arguably now dominate the market. What we must recognise is that there is a multitude yet to follow the same route. We believe it will be good to be involved as they join the bandwagon.